Tuesday, June 24th
USA! Unfortunately, Tuesday began with an early morning after a late night. However, Kendal, Robert, Michael, and I were headed for the USA Cycling service course in Holland. The service course was outstanding and USA Cycling was extremely supportive. They were willing to loan us three time trial bicycles, along with spare road bicycles, and wheels for our upcoming stage race. The bicycles were prepared by two serious mechanics. Thank you USA Cycling! 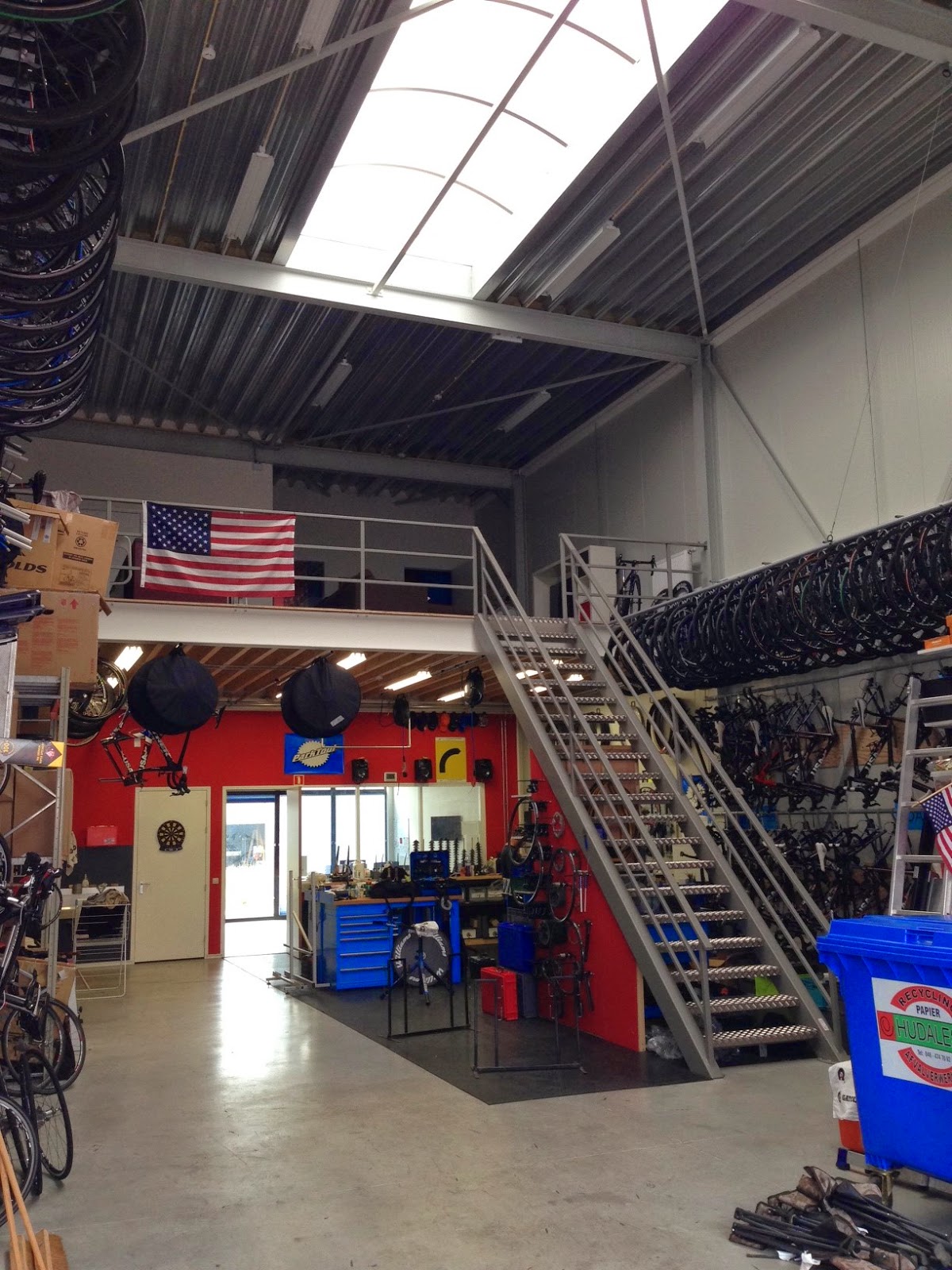 After spending multiple days in Oudenaarde, Belgium and growing accustomed to the general landscape, it was time to settle down for our first race. Tuesday consisted of a light recovery ride. The spin took us over multiple sections of cobblestone roads, including our first taste of real Belgian cobbles and not pavers. The ride ended uneventfully, although our minds were crowded by the love-hate relationship we were developing with cobblestones. 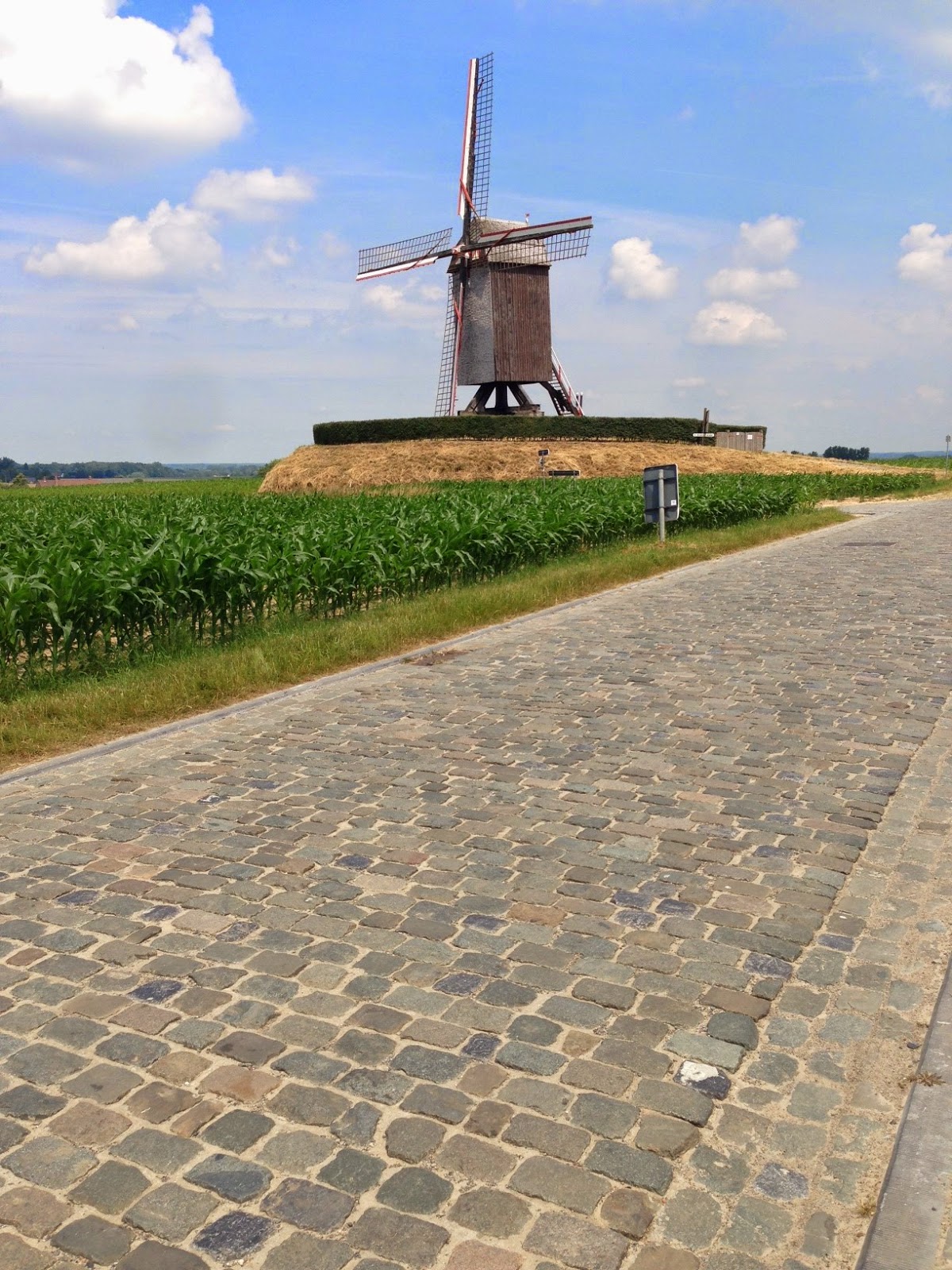 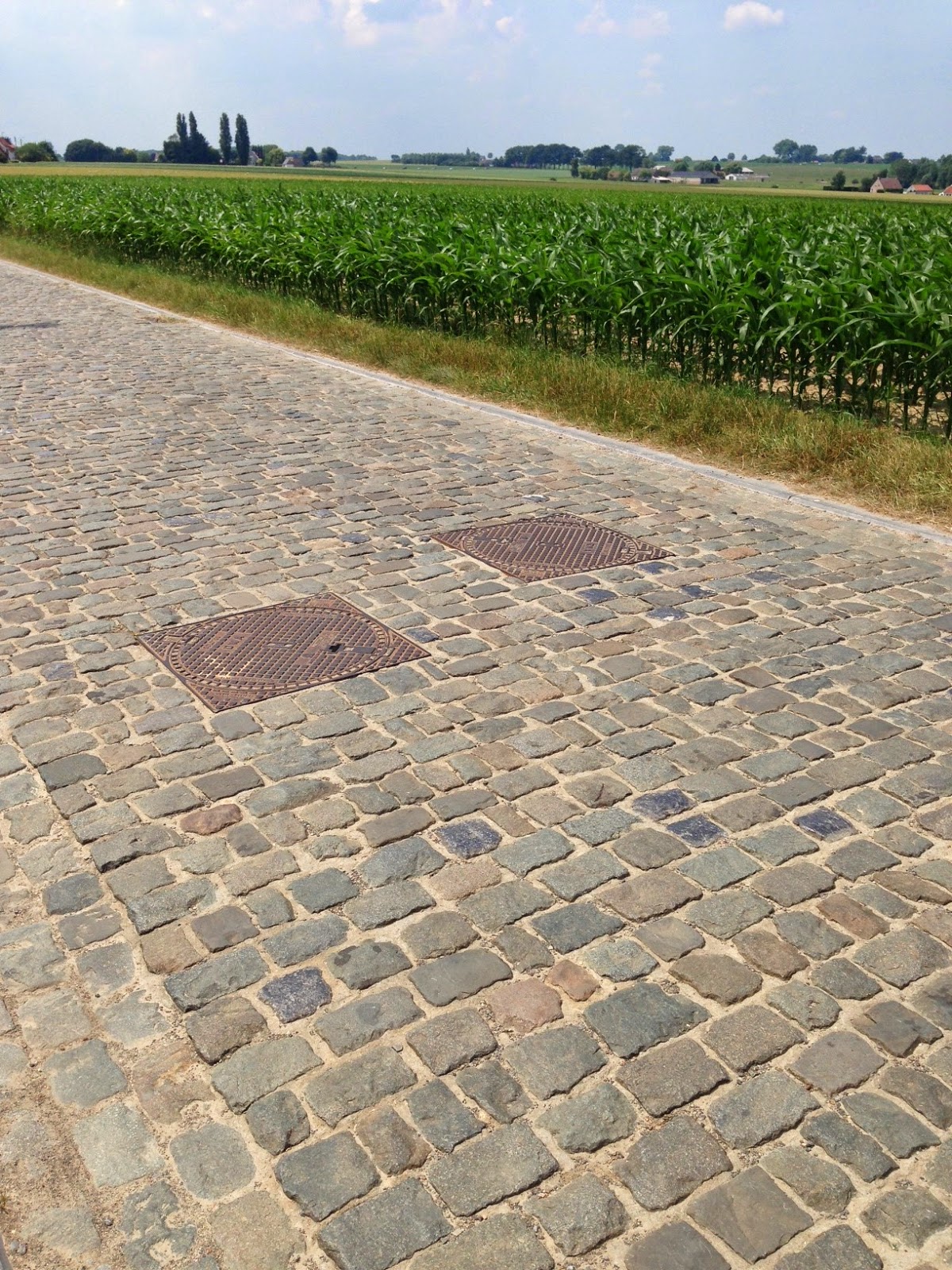 Wednesday
Another quiet morning followed with excitement building towards the afternoon. It was time to race our first kermesse in Belgium. Belgian kermesse races are fairly long, extremely fast, and action packed. This particular kermesse took us to Ravels.
In short, the kermesse was an eye-opening experience for the first few laps. The course was twenty laps on a short course, for a total of 86 kilometers. The 86 kilometers were covered in just under two hours, at an average speed of 26 miles per hour. After settling in for the first few laps, confidence was certainly growing. About thirty minutes into the race, Tom (a teammate from New Zealand) and I ended up off the front of the peloton. We were attempting to chase down a three man breakaway. Tom and I remained off the front for multiple laps but we were about to be caught by the peloton. Suddenly, a Belgian racer sprinted out of the pack and onto Tom's wheel. The two rode up to me and we remained off of the front. The Belgian spoke English and he turned out to be a fantastic ally. Our breakaway was caught by a splintered field with under twenty riders. After numerous laps of full gas sprinting out of every turn and extreme bike handling, the end was coming. With about one and a half laps remaining, attacks were in full swing. Tom made a group that remained off the front and he finished in eighth! Unfortunately, I hesitated just enough and was caught in the back half of the group. I finished in 18th position. The experience is something that I will cherish for the rest of my life. First, I am looking to carry a few tips and tricks into our next kermesse races on Saturday and Sunday.
The post-race madness consisted of number return, prize collection, and van loading before an entertaining ride home.

Thursday
After racing a kermesse, on the previous day, many of us had sore legs. The fact of the matter is that this is a once in a lifetime experience and we had to explore historical areas. We embarked on a journey to Paris-Roubaix. On our journey, we rode about 65 miles, where many of the roads and cobblestone sections were in the Paris-Roubaix classic. We also rode the Arenberg Forest and the Paris-Roubaix finishing velodrome. It was quite the experience and difficult to absorb. Cycling is an amazing sport because it is possible to physically and mentally understand what professional athletes conquer in the most difficult races, across the globe. Television screens do not give justice to the size, stature, and punishment that cobblestones take on the bike and body. I am slightly sore, while typing, but I am sure to be hurting in the morning. 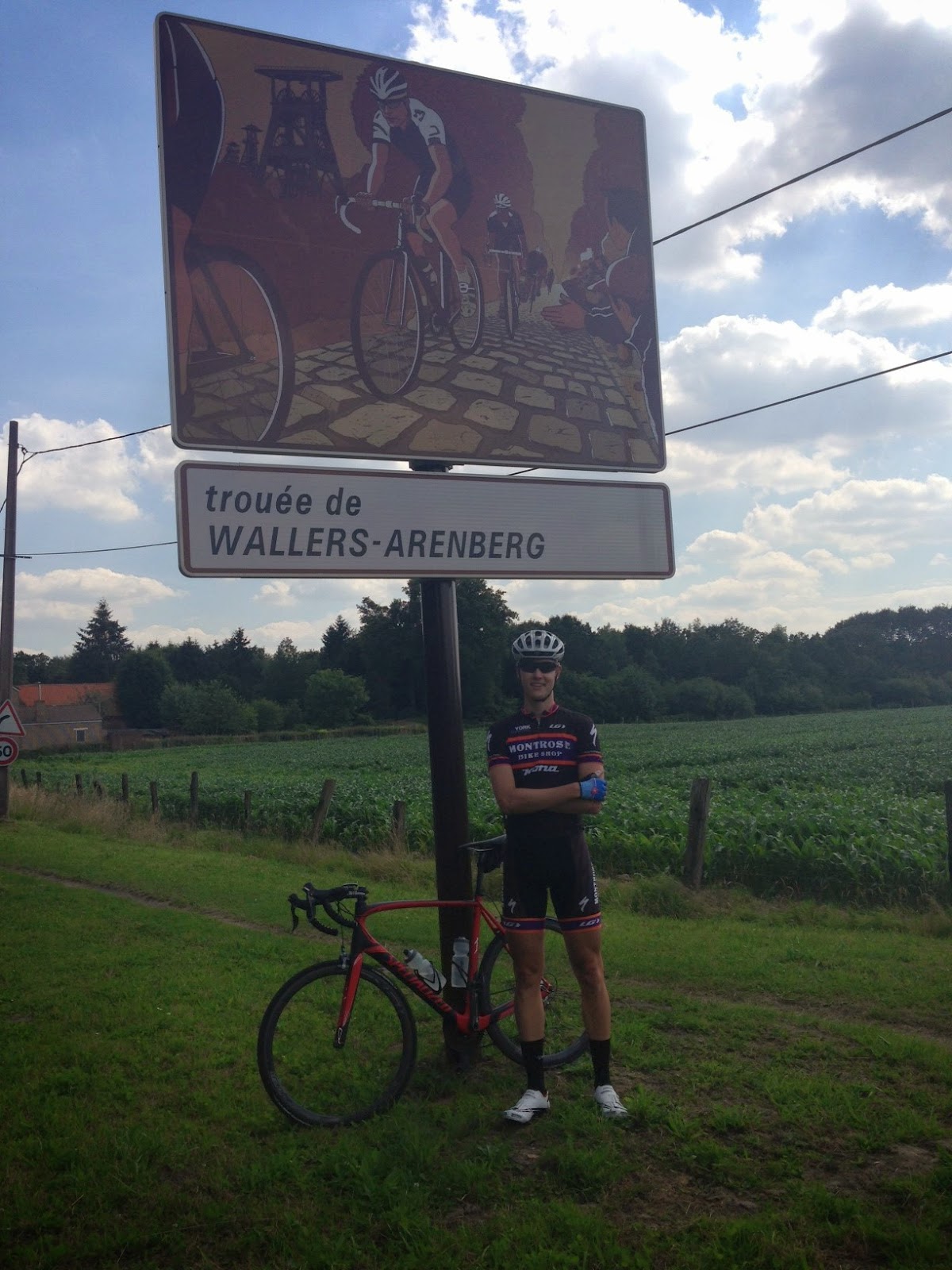 Please check back soon for more updates from Europe!
Posted by Sean Bird