Monday, June 30th
A fresh week and relaxing days were upon the group of aspiring cyclists, especially after a busy weekend with two kermesse races. The plan for Monday was to visit Brugge, Belgium. However, the train workers were on strike and our plan was diminished. We saved our day by spending time in Oudenaarde. After walking around and visiting a few local bakeries, the day was cut short. It is fair to say that everyone was eager to catch up on sleep and settle back to a normal schedule.

Tuesday
A normal morning filled with sleeping in and taking care of daily tasks was followed by a team time trial practice. The team time trial practice took place along a beautiful canal path that was extremely quiet. During our ride, we witnessed a Belgian group ride that appeared to be rather serious. Nothing like a weekday group ride going all out.
After a morning filled with team time trial work, our afternoon consisted of visiting Brugge. Brugge is one of the more touristy Belgian cities and we took full advantage of the time that we had there. Not having a strict agenda meant that we had the freedom to wander into random side shops and down back roads for exploring. A canal tour wrapped up our Brugge adventure.
On the way home from Brugge, our train stopped for a connection. The connection city happened to be housing the Tinkoff Saxo professional cycling team, as they were staying in Belgium to do reconnaissance on the fifth stage of Le Tour de France. We were able to speak with Sports Director Steven de Jongh, who has an impressive rider resume. He was extremely approachable, easy to speak with, and a joy to be around.
The evening concluded with us cheering for the United States soccer team. Unfortunately, the game did not end as we would have preferred but there is always next time. 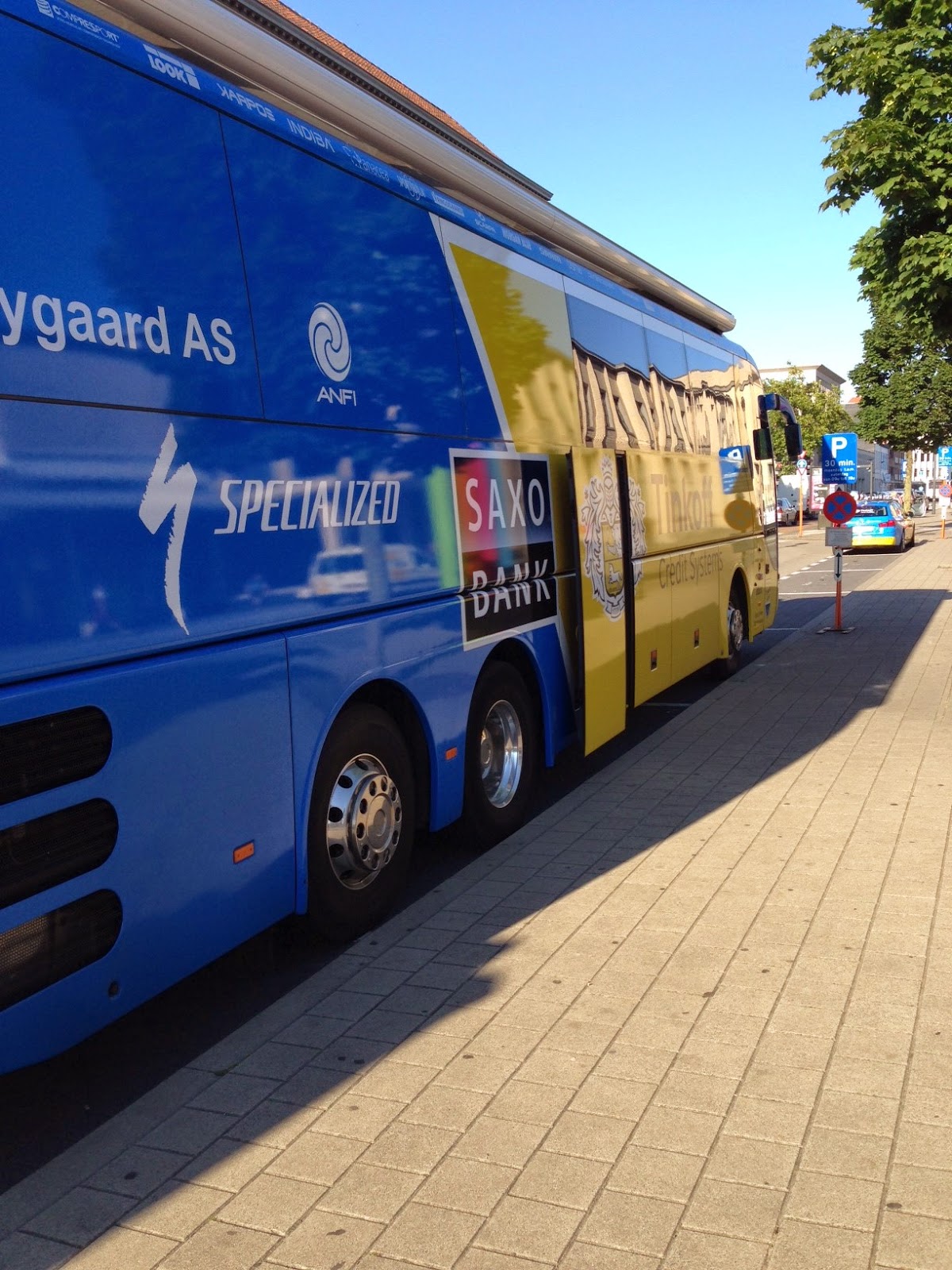 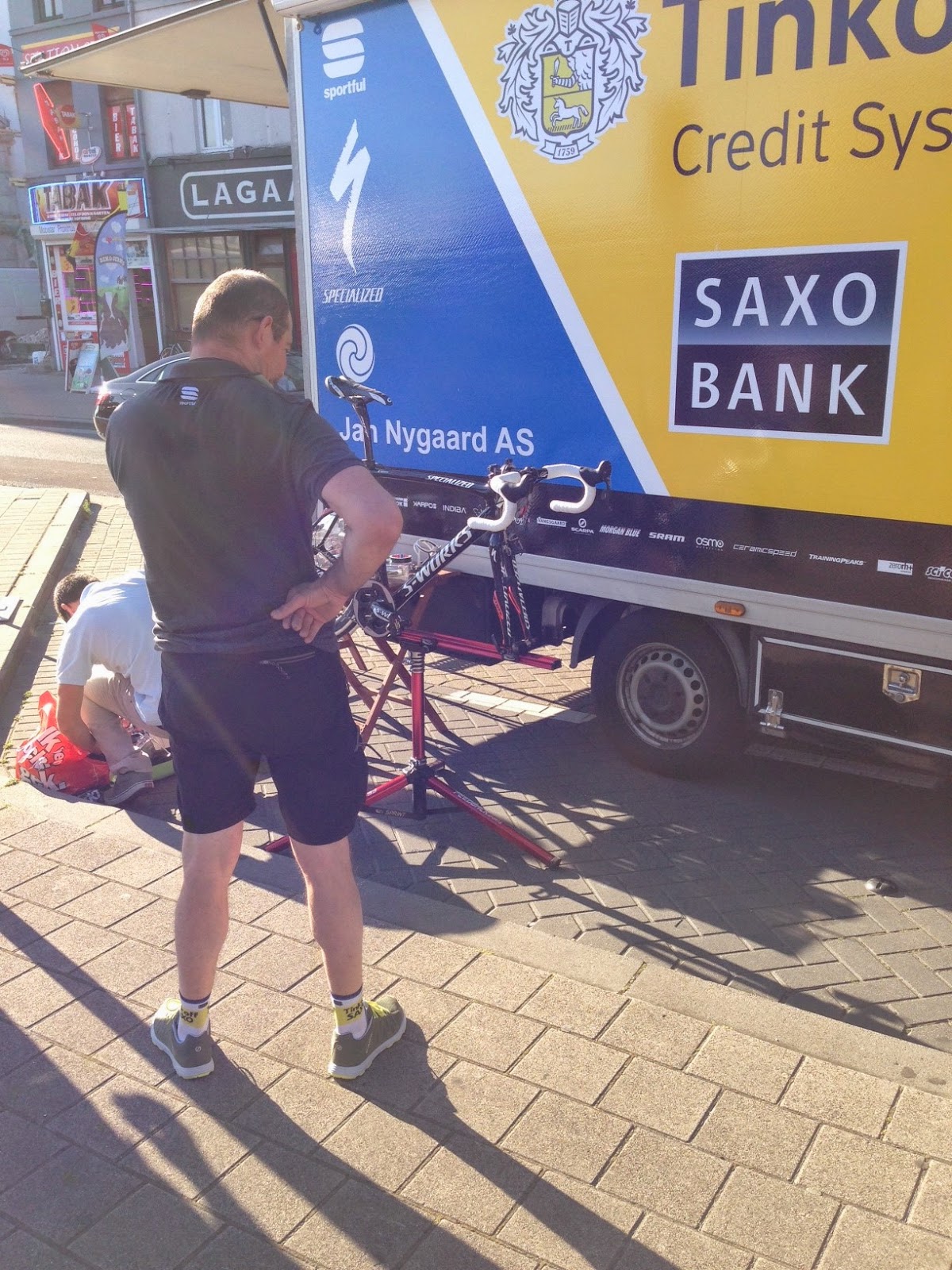 Wednesday
More preparation for our upcoming stage race occurred on Wednesday. After looping through numerous narrow roads, which appeared to be eerily similar to the French countryside, water bottle feeding was practiced out of the team car. Everyone had a few opportunities and Michael Shein provided us with the proper technique for riding in a caravan. The final piece of our loop ended with a climb up the iconic Muur. After stopping at the Muur cafe and taking note of the breathtaking views, it was time to turn around and head home. 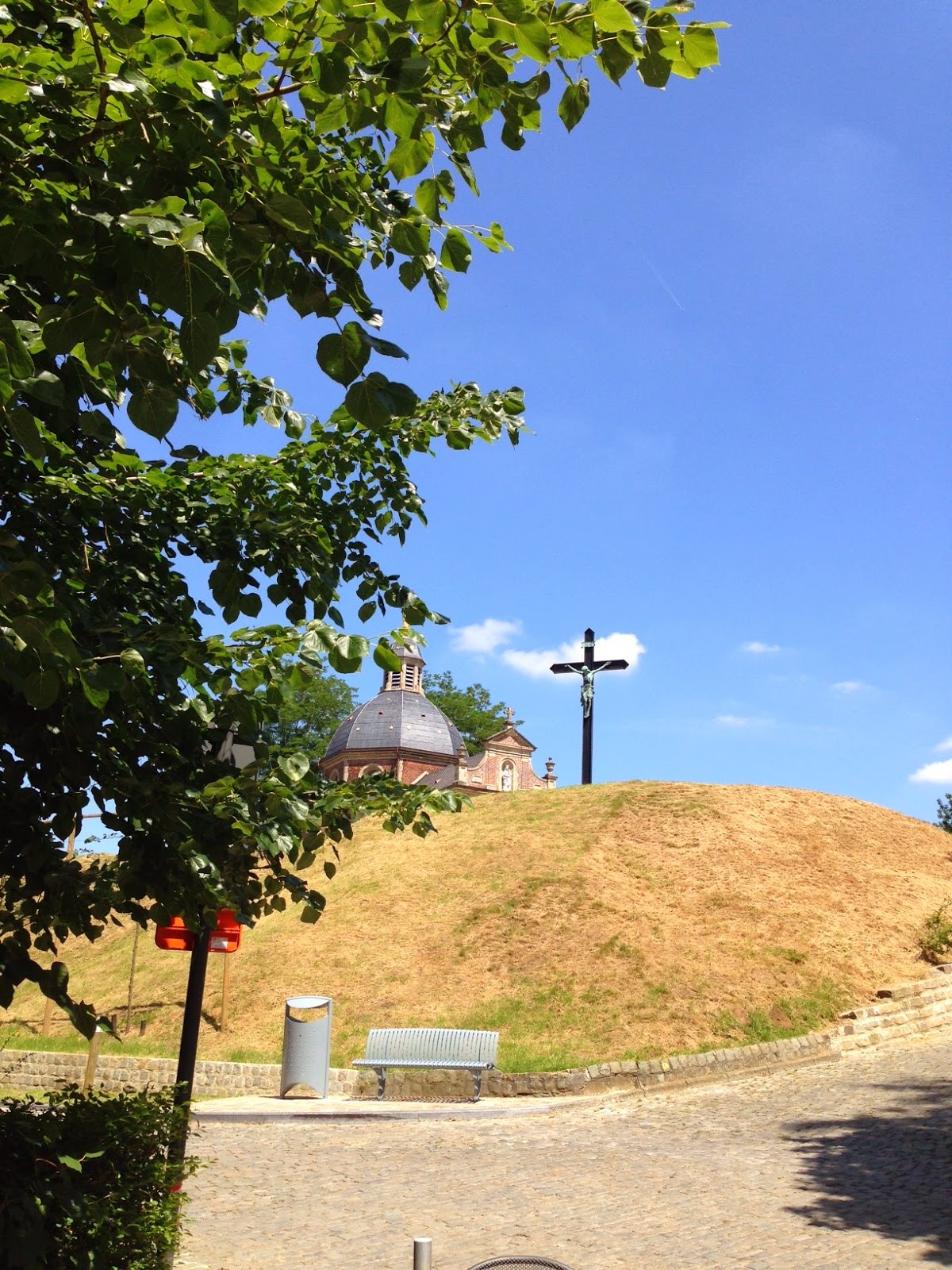 Thursday
In the words of a cyclist: ride, eat, sleep, repeat. This sums up Thursday. Our final tuning for the stage race took place. The individual time trial is tomorrow and three of us will be racing U.S.A. branded time trial bicycles, on the fourth of July. The stage race is a total of five stages, during four days of racing. I cannot wait to get this feat underway and I will be eager to report, through another blog post, early next week.
Posted by Sean Bird